Stories From the Steppe

God’s Grace Is Proclaimed Throughout the Steppe

We often hear the expression “timing is everything”. We were reminded yet again of God’s perfect timing during our latest ministry trip to Hatgal, in Huvsgul Province.  It was there we met a 70 year-old gentleman by the name of Tovu, and his 65 year-old wife, Yanjma.  The elderly couple were in need of someone to help clean their barn yard after the long, harsh Mongolian winter.

Our team got busy right away.  As we worked, clearing away brush and animal dung, we shared the Gospel with the couple.  We told them how God created everything and wants to have a relationship with His creation.  Tovu and Yanjma were both touched and asked to hear more about the Gospel. 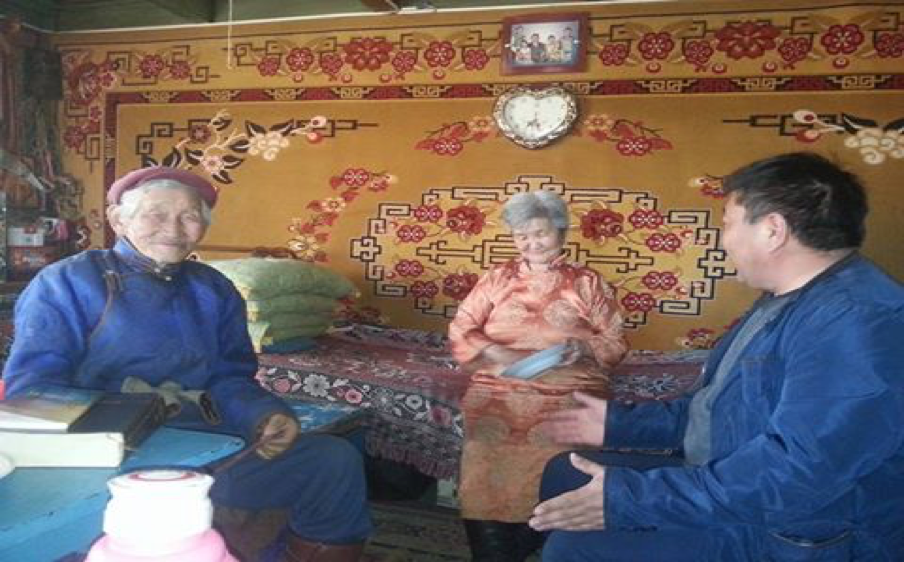 As we prayed with them to receive Jesus as their savior, we could not imagine the impact our meeting would have in light of eternity.

Two days after our encounter, Yanjma was returning home from her granddaughter’s school play when she collapsed near her home.  When they found her it was too late to resuscitate her.  She had already passed on to eternity.

Although we were shocked and deeply saddened to hear the news of her passing, we were grateful and humbled to witness God’s perfect timing in the lives of Tovu and Yanjma.

In Tarialan Soum we met up with Bayra, a believer from a local church there. She accompanied us as we visited homes in the area, sharing our testimonies and showing films. She told us about a 50 year-old female Shaman named Bathu who had heard the Gospel but was struggling to understand Christianity.  Bayra asked us to accompany her to Bathu’s home, to answer her questions and show her the Jesus film.

After watching the Jesus film, we spoke with Bathu of  how Jesus delivered a man from evil spirits.  We explained to her that God is the God of all things, both seen and unseen and He is the source and creator of everything.

Bathu listened as we told her about the fall of Lucifer and how Satan came to kill, steal, and destroy.  Bathu then told us that she had been experiencing Satan’s destruction in her own life.  Since she first heard the Gospel she had been haunted by snakes.  The creatures came to her first in her dreams at night, then she began to see them during the day. They would talk to her and try to enter her body and the body of her daughter.  During her darkest time of fear she would cry out to God to protect her and the snakes would disappear only to return again later to haunt her.

After she told us these things we agreed in prayer for her deliverance.   Bathu boldly made the decision to commit herself fully to God that day.

Thank you for helping to spread the word about Among Foundation to your social networks.